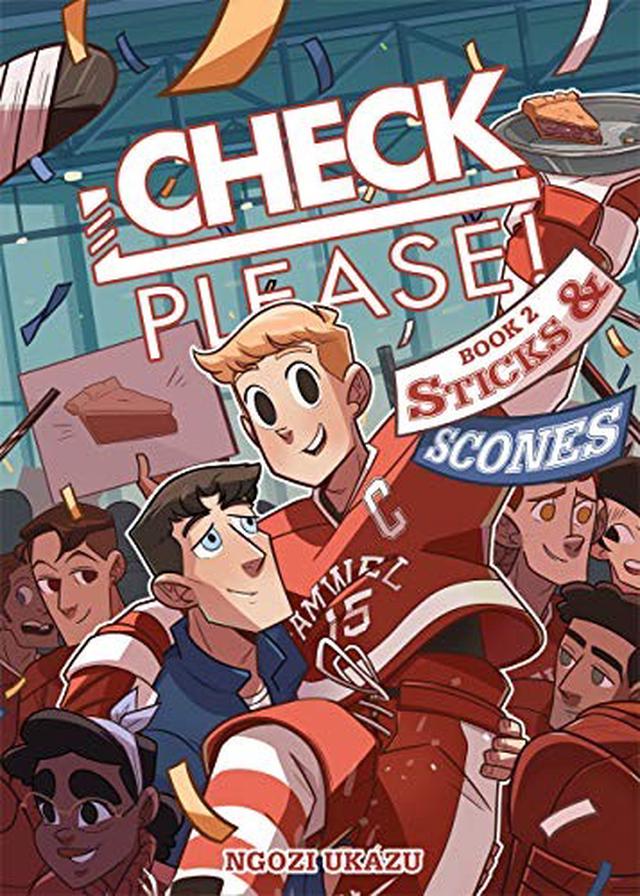 Ngozi Ukazu wraps up her story of Eric Bittle aka Bitty, the baking-obsessed figure skater-turned hockey player at Samwell University. My older brother gave me volume one of the series a couple of years ago, and I hadn’t realized volume two had come out until I saw it at our local library.

The story mainly focuses on two worlds: Bitty at Samwell, where he has grown into a leader on the hockey team, and his boyfriend Jack Zimmerman, who is a rookie with the fictional Providence Falconers in the NHL. Together they navigate the pressures of their respective teams’ seasons, as well as their desire to play as openly gay athletes. It’s all charming and even if the obstacles to Bitty and Jack’s happiness are overcome just a little bit too easily—well, I can’t complain.