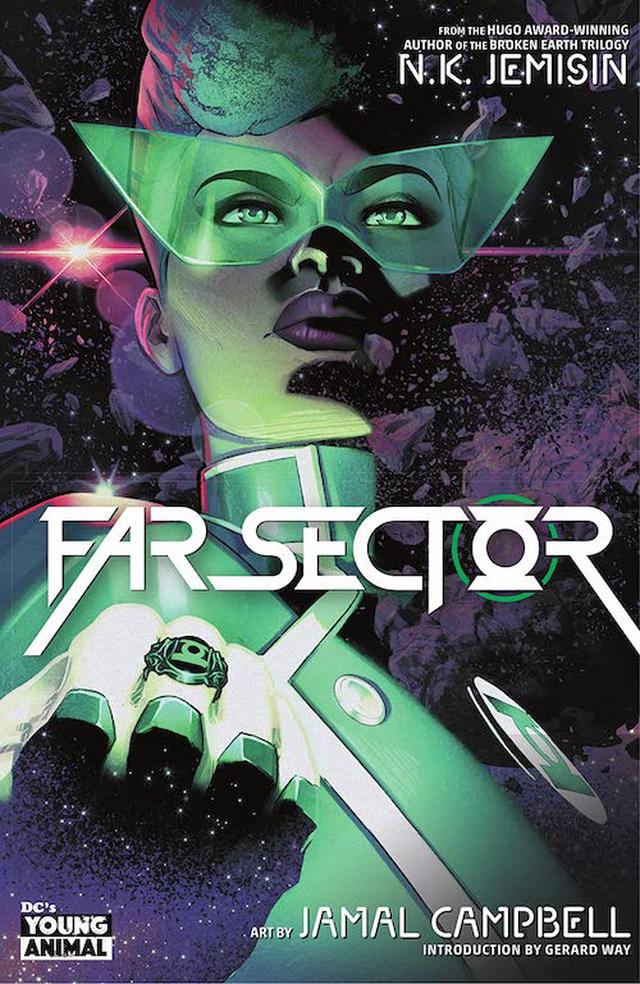 I’d been meaning to read this for a while, and stalled so long Jordan finally gave it to me as a gift. I was very curious how N.K. Jemisin would treat a Green Lantern character, since they’re basically…galactic cops. Jemisin confronts this head-on by having Lantern Sojourner (Jo) Mullein be a former police officer and soldier from Earth. Her history as a Black woman in uniform comes to the forefront when she is assigned to investigate a murder at The City Enduring, where three different species live together in a fragile peace.

Jemisin uses the people and politics of The City to examine some pretty deep topics: queer identity, state violence, voter suppression. The parallels to politics in the United States are often explicit, but Jemisin works them into a good space noir plot with some interesting twists on how Jo’s Lantern ring powers work. The writing here is fun, perhaps closer aligned to her recent book The City We Became than the Fifth Season books.1 The character designs and artwork by Jamal Campbell are very, very good.